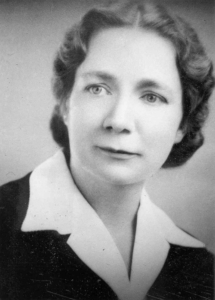 The Caudill Club is for kids who want to read and vote on a winner for the Rebecca Caudill Award. The Rebecca Caudill Young Readers’ Book Award is an annual award given to the author of the book voted most outstanding by students in grades four through eight in participating Illinois schools and libraries. The award is named in honor of Rebecca Caudill who lived and wrote in Illinois for nearly 50 years. Pick up your reading log and instructions from any location or click the link below to print from home. Voting ballots may be turned in to any location or by scanning the form and e-mailing it to programming@ppl.peoria.lib.il.us Grades 4th to 8th.

Rebecca Caudill was born in 1899 in Harlan County, Kentucky. Both of her parents were teachers. After attending college and graduating from Vanderbilt University, Rebecca Caudill became a teacher. She later worked as an editor at a publishing house. Rebecca married a man named James Ayars in 1931. They had two children, John and Rebecca.

Rebecca’s first children’s book was published in 1943. It was called Barrie and Daughter which was a Junior Literary Guild Selection. She would go on to publish 18 children’s books, one book of children’s verse, and three others.

Rebecca and her family lived in Urbana, Illinois. She was extremely active in the community there. She helped found a hospitality program for international students at one of the local colleges and worked on numerous board of trustees. Rebecca also enjoyed teaching writing workshops.

Rebecca is an award winning author. Many of her books won awards and honors. She earned a Caldecott Medal of Honor for her book A Pocket Full of Cricket.

Click on the event below to see specific dates and details about the Caudill Club!

Children of All Ages

Music in the McKenzie